The best tennis academies around the world 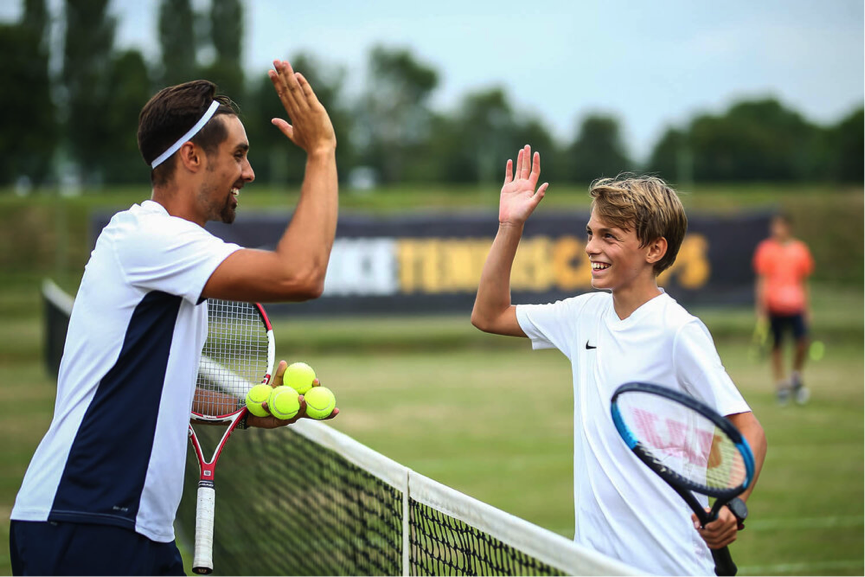 Thinking about sending your child to a tennis academy to see what it’s all about? Having trouble making the best decision for them? Here, we will show you some of the best tennis academies throughout the globe, where some of the biggest names in the sport, including Rafa Nadal, Novak Djokovic and Serena Williams as well as many rising stars, have trained and competed.

Recognized tennis facilities can be found all over the world, with the majority being in Europe, particularly Spain, yet they all produce distinct outcomes. To learn as much as you can about the academies and choose which is the greatest fit, we advise you to spend time talking to players and parents who have participated in them. 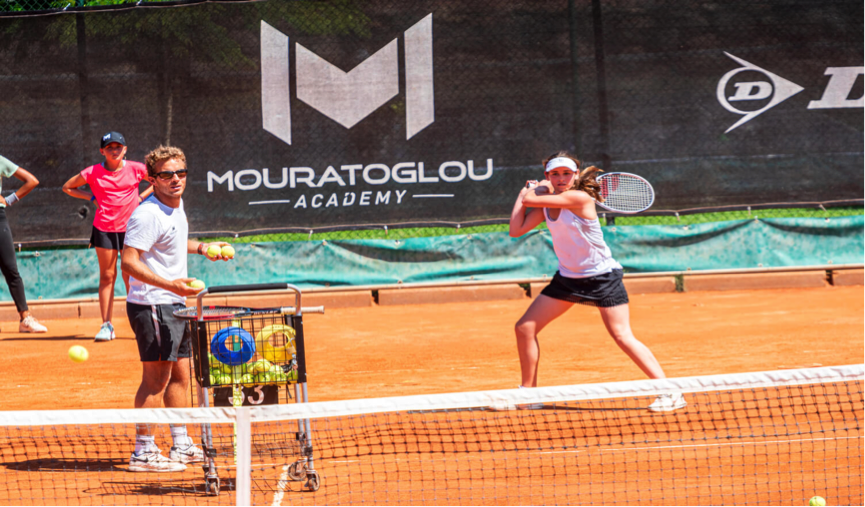 The Mouratoglou Academy, along with IMG, is arguably the most well-known academy in the world. Patrick Mouratoglou founded the Mouratoglou Tennis Academy in 1996, and it has worked with some of the world’s top junior and professional players. The new Mouratoglou Academy opened its doors in Sept 2016, and since then, it has developed into a fantastic tennis academy with outstanding coaches, facilities, and players of the highest echelon. With their frequent fellow visitor and rising star Tsistipas, it won’t be long until he gets his hands on his first grand slam, just as Patrick and the Mouratoglou crew have assisted Serena Williams in winning numerous Grand Slams.

Tennis is a highly demanding sport and grand slam champions are not something that any child can achieve. However, the Mouratoglou team aim to help every kid reach their full potential and prioritise life skills and access to the best education. They send about 60 players every year on tennis scholarships to America’s finest universities, making them the best in France and possibly all of Europe in this regard.

Mouratoglou’s full board price is approximately around €38,000 per year but this can vary depending on what option you prefer. Due to the strong demand for spots at the academy, a variety of factors, such as motivation, general attitude, tennis level and academy standards, determine if you are the right fit for them. 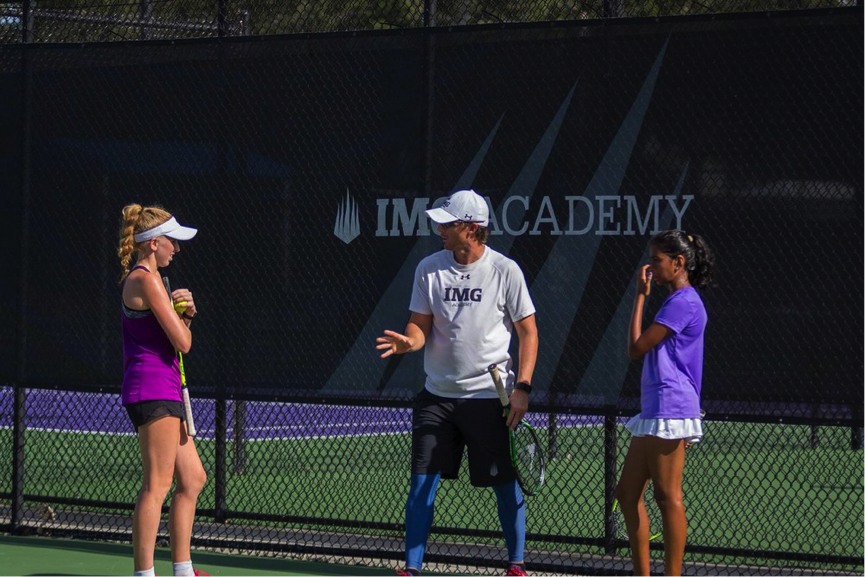 The most esteemed athletic, performing, and educational organisation in the world is IMG Academy in America. IMG Academy was founded in 1978 with the Nick Bollettieri Tennis Academy, a ground-breaking idea that has since expanded to become a global sensation. Icons like Andre Agassi, Maria Sharapova, Serena Williams, Kei Nishikori, Jelena Ostapenko, and Coco Gauff are just a few of the illustrious tennis players who have trained at the facility or are presently doing so.

IMG continues to set the bar for comprehensive academic, athletic, and personal development in young student-athletes through its internationally famous boarding school and renowned sports camps. Every year, hundreds of teams, clubs, and events come to the 600-acre campus in Bradenton, Florida, for training and competition. Modern sport science is used by professional, Olympic and collegiate athletes to have an advantage over the competition. In the Legacy Hotel at IMG Academy, adult athletes can go back in time with sport instruction that sharpens their skills before relaxing in a setting of modern luxury. With the help of their engaging retreats and IMG Institute curriculum, corporate professionals improve as leaders, collaborators, and communicators. 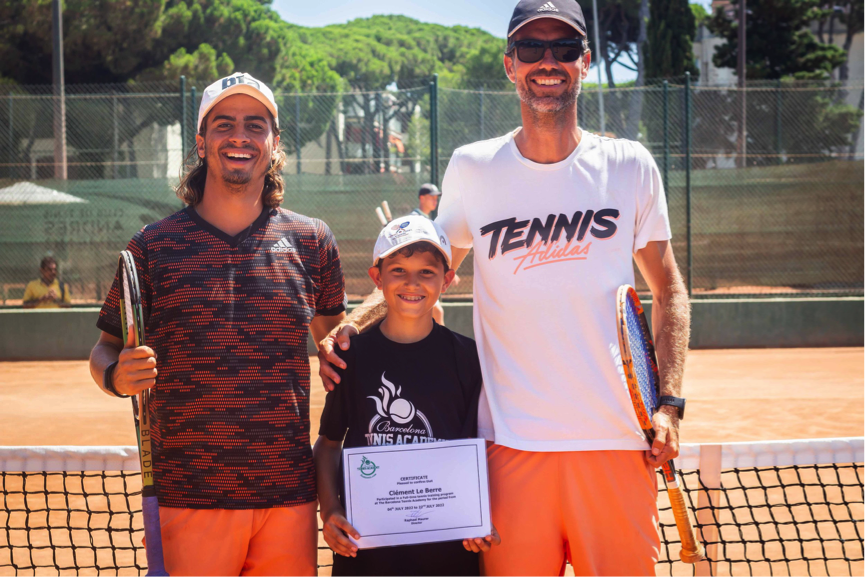 The Castelldefels Tennis Academy is a modest, family-oriented academy that is only 15 km from Barcelona, 10 minutes from the international airport, and 5 minutes from the beach. It is also the hometown of football sensation Lionel Messi. The team at the academy is passionate and committed to assisting kids in becoming better players, and most importantly, better people, making it a fantastic location for young athletes to develop and grow.

Due to Barcelona Tennis Academy’s modest-sized facility, they use an individualised approach to player development, which means that players get more 1-1 training. This also means that relationships between coaches, players and parents are extremely close. Because BTA is so familiar with athletes, they are able to design specialised training programmes for players that are based on their abilities and needs. Player development is without a doubt their top priority. Director Raphael Maurer (Switzerland) and Head Coach Jordane Doble (France) oversee the coaching at BTA.

Raphael Maurer was a top-ranked youngster in Switzerland who trained, travelled and competed against athletes like Martina Hingis and Roger Federer. After that, he competed in college tennis in Florida, USA, where he was a 2-time All-American champion.

Jordane Doble, the head coach, is very committed and enthusiastic about the sport. He was one of France’s top junior players and later on participated in the ATP Tour, winning seven Futures while competing against stars like Nada, Tsonga, and Monfils. 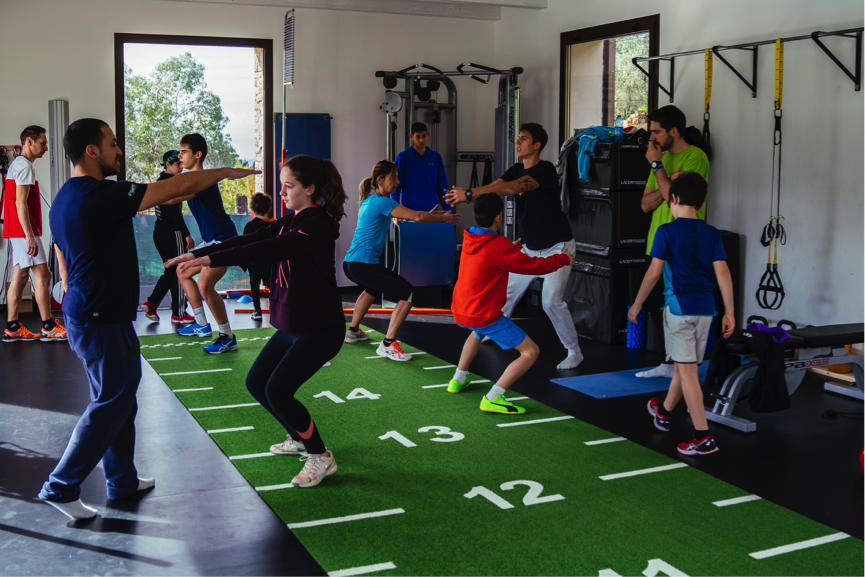 At Piatti, much like Barcelona Tennis Academy, players are treated like family in a balanced atmosphere of fun and hard work. The academy is located on the Italian Riviera between San Remo and Nice, where the climate is pleasantly warm all year round. Since the late 1980s, head coach Riccardo Piatti has been maximising the potential of players. He has assisted other former and current top players in breaking into the top 20, including Milos Raonic (ATP 11 – ATP 3), Richard Gasquet (ATP 31 – ATP 9) and Ivan Ljubisi (ATP 954 – ATP 3).

Throughout the year, it’s possible to watch great players like Djokovic, Dimitrov, Wawrinka, Raonic and Zverev practice on the courts of Piatti. The estimated cost to train at the Piatti Tennis Center per year is €18500. 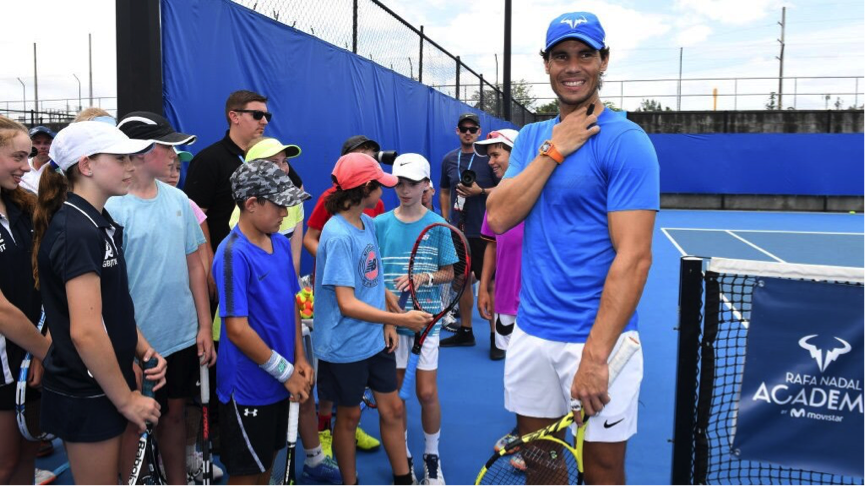 Rafa Nadal has turned his practice facility, situated on his home island of Manacor, into a high-performance tennis academy. It has 26 courts, padel courts, a pool, and an international English school, and much more. Nadal has developed a special training programme with his team that is based on the knowledge he has gained over the course of his career. This approach entails the development of ideals, which have unquestionably been a crucial component in achieving his victories.

The academy integrates tennis and education so that students’ academic pursuits are not put on hold as they pursue their tennis careers. It places a lot of emphasis on the development of kids and teenagers, but it also offers a variety of adult training programmes that are all tailored to the skill level and requirements of each player. Toni Nadal (Rafa’s uncle) leads a group of knowledgeable trainers that have followed Rafa throughout his career. His trusted group is actively involved and plays a significant part in the academy.

It’s said to cost about €56,000 per year for tennis, school and accommodation. 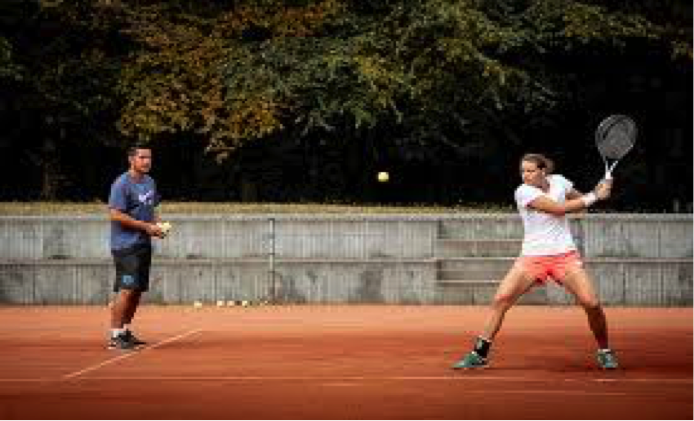 At Alexander Waske Tennis Academy, social skills, courage, perseverance, and a strong will are what they believe drive both character-building and athletic development. The German academy which places an emphasis on uniqueness and intensity has worked with a number of champions, including Kerber, Petkovic, MArtic, Melzer, Haas, and Berankis, but they have also had success developing kids from an early age. For instance, Karlis Ozolins (#6 ITF), Stefan Popovic (#124 ITF), Jule Niemeier, Sumit Negal (Wimbledon Junior Doubles Champions) and Jonas Forejtek (#1 ITF 2019, Junior AO, Wimbledon and junior US open singles champion.

Technical, tactical, physical, and mental components make up their training. For each player, there are always four individual goals in each category. Every quarter, there are 1-2 short-term goals that are consistently pursued throughout the season.