Hewitt and Thompson Training Ahead of Wimbledon 2019 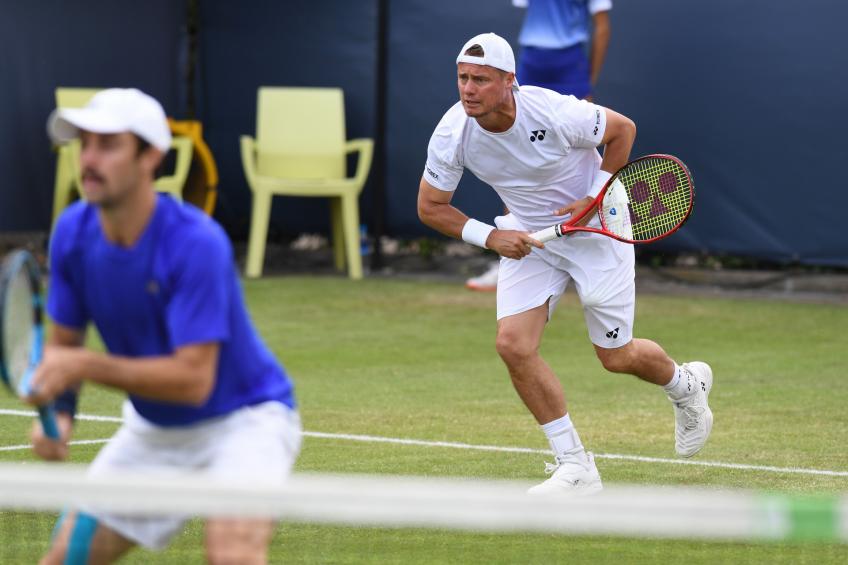 Hewitt training with doubles partner Thompson ahead of his Wimbledon return.

Since making his Wimbledon debut 20 years ago, Lleyton Hewitt has returned to tennis’ holy grail (Wimbledon), with doubles partner Jordan Thompson. Hewitt first announced his retirement back in 2016, but over the last few years has played the occasional doubles match with fellow Aussie players, including Chris Guccione, Thanasi Kokkinakis, Alex Bolt and Thompson. Hewitt and Thompson played together at Wimbledon back in 2016, losing in the round of 32 to Jack Sock and Vasek Pospisil in straight sets.

Aceify was lucky enough to see Hewitt and Thompson training ahead of their Wimbledon campaign. 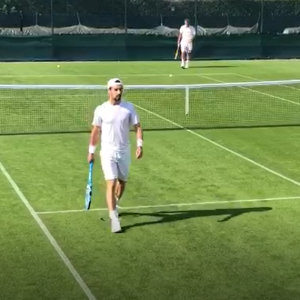 Hewitt made his debut as a teenager back in 1999 when he paired with Roger Federer at Wimbledon. Of course, Hewitt and Federer would go on to have many matches against each other, with Federer being the more dominant of the two. At the end of Hewitt’s career, Federer had a win percentage of 67% over Lleyton.

Hewitt was someone I looked up to because of his mental game, especially the ability to never give up. This was something I definitely never had as a tennis player. At age 38, it looks like Hewitt is still not giving up on his ability to play at the highest level.

Hewitt and Thompson’s First Round Opponents

Whoever wins out of Thompson and Kygrios will be on course to face Rafael Nadal in the second round. In 2014, Nick Kygrios produced the biggest win of his career then when he beat Nadal at Wimbledon. I’m sure Nadal will not want that to happen again, should the pair meet in the second round.

Only this week, we witnessed a great comeback from Andy Murray who returned from surgery and won the Queen’s Club doubles, alongside Feliciano Lopez. Can Hewitt produce a similar comeback, as he returns from retirement at Wimbledon?

How far do you think Thompson and Hewitt will go?