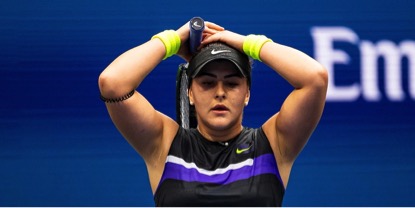 For sports enthusiasts, there is no greater thrill than watching their favourite sportsmen compete live or on television. While many find a great satisfaction in it, there is a factor to it that has received a great lack of understanding over the years and has often been overlooked in the world of sport. It is not until recently, where attention on mental health in sport has been properly brought to light and is now becoming a priority for elite athletes.

Just like the general population, these individuals struggle with the same health problems and illnesses. While professional athletes do not typically go to work and sit at a desk like the average person, the tennis court equally serves as their “workplace”. Some would say they have a privileged life – where they get to travel the world and compete – but this is greatly misunderstood and is, in fact, hardly the case for many professional athletes.

In sport, physical and mental challenges are faced every day – like intense training and injuries that might result in psychological difficulties – whether they be cognitive, emotional, or behavioural. They endure great pressures on and off the court, and like everyone else, athletes also have to face personal struggles such as relationships or traumatic life experiences that can have a great negative effect on their physical performance and mental wellbeing. Research shows that elite athletes are vulnerable and struggle with problems such as anxiety, depression, eating disorders, obsessive-compulsive disorders, or in more serious cases, addiction and substance misuse.

Top-level competition, where athletes constantly perform in the spotlight, comes with obligations – one of which is post-match interviews for the media. As some people may be aware, the media can be a very brutal and toxic environment, picking up on anything that can create headlines. Players are often judged and sneered at for their poor performances, and on worse occasions, privacy can be taken away from them. Players only care about doing their job as best as they can, and whilst it is possible that not every day can be a good day, external stressors like these have to be dealt with by players. The assumption is that only athletes with strong mental and emotional capabilities will succeed and be able to compete at the highest level. To a certain degree, this is true, but even the greatest sportsmen on the planet have suffered from mental well-being to some extent. 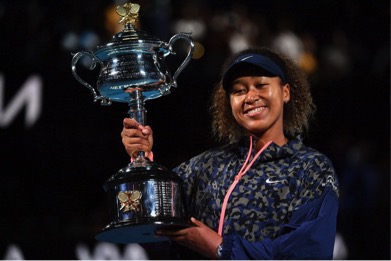 Let’s take a look at former world number one and four-time grand slam singles champion, Naomi Osaka. Despite the many accomplishments she has achieved in her career so far at a young age, it has been widely recognised that she has suffered from depression and anxiety. After opening up to her fans and essentially the world with her social media posts and Netflix documentary about her personal life, this struck a chord in the tennis world. She took an indefinite break from tennis in 2021 and sought therapy the following year. Over the years, tennis governing bodies such as the WTA, ATP and ITF have taken serious action on this aspect, introducing programmes to support players on tour. 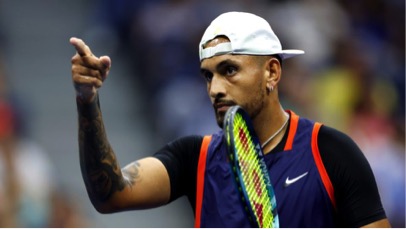 Similarly, on the men’s circuit, more players have also started sharing about their difficulties on the tour; the most recent notable player to do so is Wimbledon finalist and grand slam doubles champion, Nick Kyrgios. In 2022, he openly spoke about his personal battles that led him to abuse alcohol, drugs, and self-harm. He revealed that over the years, the media’s frequent negative coverage, lack of credit and hate messages from people “deeply affected him”.  However, he has helped himself to deal with this by using it as motivation and surrounding himself with supportive and uplifting people.

There has been a beneficial impact and transformation on tennis and sports culture as a result of professional athletes sharing their mental health difficulties with the world. This has helped other professional and up-and-coming athletes to realise any challenges they may be facing and give them the courage to seek help. Knowing they are not alone is a positive step for young players who look up to their role models.

Mental health is a vital and crucial part of health. It is a factor we cannot afford to ignore, and we must give it the attention it deserves, regardless of whether you are an elite athlete or lead a non-sporty lifestyle. We can assist ourselves through personal challenges by getting the appropriate support from healthcare professionals.