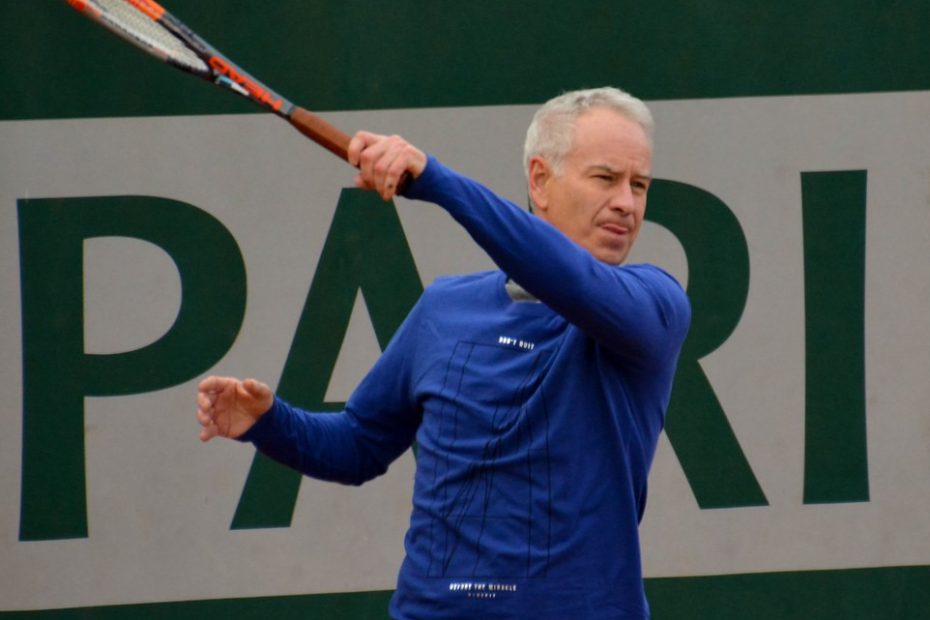 The playing careers for tennis players are often short, in this blog, we would like to speak about what tennis players life look after retirement from competitive tennis. The vast majority of tennis players become tennis coaches or take up jobs that are still related to tennis and help the new players grow. Other tennis players completely change their life and open businesses or start to work in different fields. 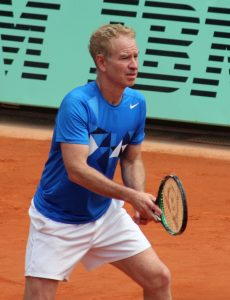 After retiring he started a new career as a television commentator for both NBC and CBS at Wimbledon, the French Open, and the U.S. Open.

He began writing songs and played small gigs in cities where he played with the senior tour. He learned to play the guitar with the help of friends like Eddie Van Halen and Eric Clapton and occasionally plays at charity events.

His interest in art and in collecting American contemporary art, led him in 1993 to open the John McEnroe Art Gallery in New York City.  McEnroe said about Art “There are a couple of connections between art and tennis, Artists spend a great deal of time by themselves. Tennis players, when they’re playing, are all by themselves. People in the art business have a tendency to one day tell you you’re the greatest artist that ever lived and the next second make you wonder if you’ll ever sell a piece of art again. So I think I have a knowledge of that”.

On 21 February 2011, Mario Ančić announced his retirement from professional tennis in 2011 at the age of 26 after struggling with a spate of injuries and recurring glandular fever. Ančić was a tennis pro for nine years, reaching the Wimbledon semifinals and clinching Olympic doubles bronze in 2004 before peaking at No. 7 in the world two years later. He ended his career with three titles, 208 wins and 135 losses.

After retiring he graduated in Columbia Law School and he joined Credit Suisse full time in 2011. Currently works as an investment banker in New York City.

Ančić is one of Novak Djokovic closest confidantes, they were known each other since they were a child. Ancic says about Novak “So we talk a lot about investing, politics, other sports, what I do, I try to explain to him the nuts and bolts of my investing role and obviously he’s very interested.” Novak stated regarding Ančić that he attempted to persuade him to quit finance and return to the tennis world as his permanent tennis coach. But it has been to no avail. 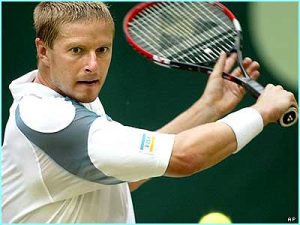 While most tennis stars disappear after retiring Kafelnikov went down a different road as he decided it was time for a new sporting adventure and he not only took up golf but also dabbled in pro poker.

As concerning poker at a tournament in Moscow, he knocked out Dave Colclough, the Roger Federer of European poker. But by all accounts, he needs to introduce a little more subtlety and stealth into his game. “He’s very aggressive and likes to bully the table,” says a poker devotee “He plays poker rather like he plays tennis.” 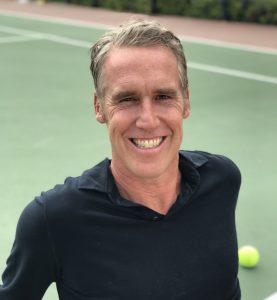 He earned a bachelor’s degree in American Studies at Stanford in 1992 and currently he is the President and part-owner of the Bank of Commerce, a small community online bank with branches in Amarillo and McLean Texas. 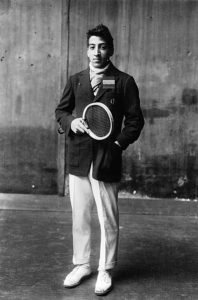 René Lacoste was a famous French tennis player and businessman, nicknamed “the Crocodile” or “the Alligator” by fans, because of his pugnacity on the court.

Lacoste won a series of Grand Slam victories and dominated international rankings: 5 wins at the French Internationals, 3 wins at Wimbledon and 2 victories at the U.S. Championships.

In 1933 Lacoste with André Gillier founded La Société Chemise Lacoste, the company produced the polo shirt, which Lacoste often wore when he was playing with a crocodile embroidered on the chest.

In an interview René state “One day I noticed my friend the Marquis of Cholmondeley wearing his polo shirt on the court, a practical idea, I thought to myself”. René commissioned an English tailor to whip up a few shirts in both cotton and wool. “Soon everyone was wearing them”.